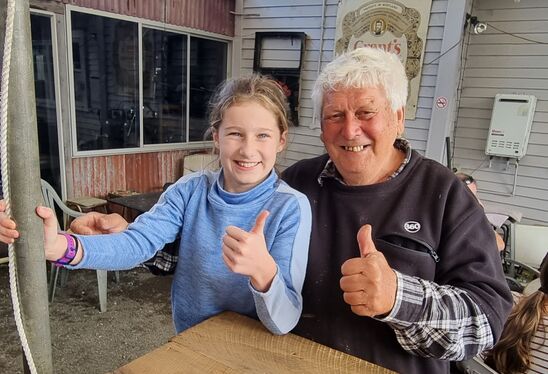 The pair have plenty in common and good reason to lay down the challenge.

Not only are they Northland farming stock, they are both Northland Rescue Helicopter ambassadors and great mates to boot!

They love nothing more than raising money but more importantly lending their voice to the annual chopper fundraising activities and telling people about the great work the pilots and paramedics do.

Madison, aged 11, has helped with numerous fundraising activities over the years, first getting involved while at pre-school. She has donated over $1200 to the service through the sales of her children’s books in recent years and was recently named as Fred Hollows NZ Junior Ambassador for 2022 – an award that recognises her big picture thinking and generosity in the community.

This service is so important for everyone in Northland because you never know when you might need help – when it might save your life,” says Madison

Robert is equally passionate about the service after receiving a life-saving flight aboard a Northland Rescue Helicopter in Easter 2020 following a tractor accident in the Mangakahia Valley.

Since his recovery, he has been a champion for Northland Rescue Helicopters and likes nothing more than turning up at the hangar to donate a couple of times a year. And he is always challenging his farmer mates to do the same.

Reflecting back on his accident, Robert says he is surprised how well he has recovered.

While the winter of 2022 caused some aches and pains in his knee and shoulder, he has still remained very active on the farm.

Chatting with Robert in late November, 2022, he says he has done plenty of reflecting during his road to recovery.

Before my accident I did not think about the Northland Rescue Chopper but now I take every chance to talk about how important it is for us all – farmers, city folk, anyone, anywhere.

“I am so grateful for what Simon, Steph and the chopper crew did for me that day and what they continue to do for us all in the community. The chopper is definitely a good cause and I enjoy dropping in at the base to say hi.”

While Robert is now back on the farm daily, he never leaves home without his Emergency Locator Beacon and he encourages other farmers to do the same.

The tale of Robert’s near death experience and subsequent rescue is quite remarkable.

While doing some cropping work on his tractor, the heavy roller he was towing downhill caused his front wheels to jack-knife and the tractor to roll.

Robert was thrown through the back window of the cab and catapulted into the paddock. A gash to his head could have easily gone deeper and injured his brain. Then there were seven broken ribs, a smashed left shoulder blade, a punctured lung and a cut knee.

Robert was lying helpless in the paddock and fast becoming dehydrated in 31 degree heat and no-one knew where he was.

That’s until the eagle eyes of Pro+Med NZ Ltd paramedic Simon Townsend and First Responder Stephanie Sole spotted a foot beside a tree in the paddock as they drove past. That moment was the start of Robert’s life being saved.

They parked up on Mangakahia Road and were at Robert’s side in no time. From there, the community kicked into action. A local was sent to find the nearest house and make a 111 call to request the Northland Rescue Helicopter be placed on standby given the gravity of Robert’s condition.

Within no time, one by one, Kaikohe Fire and Emergency, Police and St John arrived on scene.

“We activated GoodSAM immediately which is a phone app that sends a signal to 111 which highlights there is an emergency and gives your location,” says Simon.

“That really sped the process up of getting the various emergency services into action.

“From there the GoodSAM app identifies the nearest medical staff (Doctors, Nurses, Paramedics, among an array of Lifeline specialists like Police and others) to your location.

Without the Chopper, Robert would have died due to his injuries – which included internal bleeding. In situations like this the community is really important. If they support the Northland Rescue Choppers, then the service can support the community.

“Accident’s like Robert’s are also a good reminder as we head into summer to get your first aid kits sorted, get some first aid training and put a plan in place to check up on people on farms. Robert’s son David was not planning to contact him until the following day and that would have been too late given he had no knowledge of the accident.”

Simon says it was actually a conversation with Chopper Ambassador, Dr Lance O’Sullivan, at Kaitaia Hospital earlier that day that prompted them to return to Whangarei via Twin Bridges.

“So for Stephanie to spot Robert’s foot as we drove past is as random as it gets,” he says.

Robert still doesn’t remember to accident or flight in the Northland Rescue Helicopter to Whangarei Hospital for emergency treatment – but he does remember the importance of giving back! 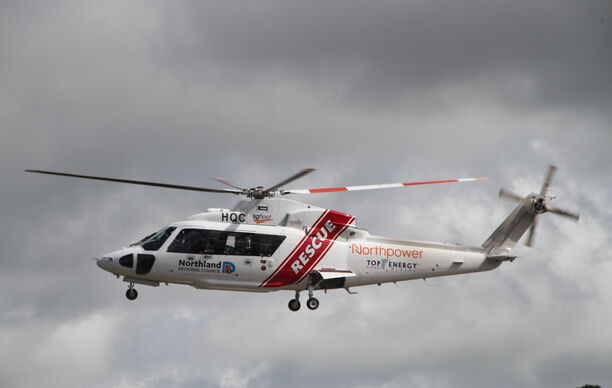 Lining Up with Whangārei Fringe Festival 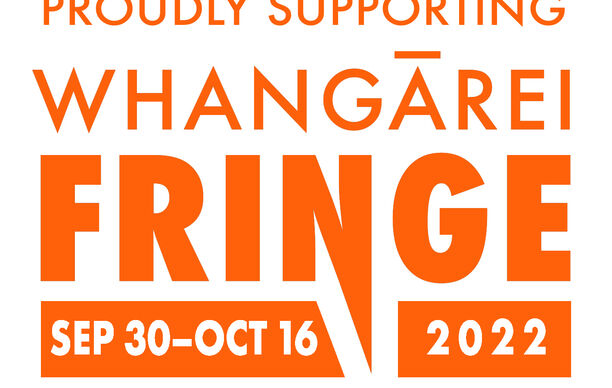